Have you ever wondered WHAT IS THE HEADLESS MODE IN DRONES?

With many drones, you can read something about the headless mode. But that doesn’t mean that you fly entirely headless. It is more about the fact that we humans have problems when the drone flies towards us, and we then often swap right for left and panic. Usually, it doesn’t end very well.

What is Headless mode?

The controls of any drone can be of two types:

The most popular is the mode 2 among both, although some can work in both ways.

When the headless feature is activated, the drone automatically recognizes your position and flies in a direction you face. That’s the main difference. In normal mode, the controls respond to the drone’s orientation, and in a headless option, the drone responds to the directions depending on where you are.

When is headless feature useful?

The headless mode can be useful when we fly a drone at a long distance, and we can not identify which direction it is facing. Instead of using the headless feature, some experts recommend changing the color of blades, for example, putting the front blades in red and the rear blades in white.

Is it easy to fly with headless feature?

Headless refers to the fact that you no longer have to think about which direction the drone is facing as a pilot. If you turn the right stick to the right, the drone will fly to the right. Headless mode drone is especially helpful for beginners because it takes a lot of practice if you do not start with normal controls from the beginning.

For most of the drones, you have to be switch to the headless option. However, this is usually very simple, and you can find the process in every operating manual. You must synchronize the drone and the remote control before you start flying. Because of the position of the remote control, the drone knows which direction to fly. In most drones, you have to activate the headless option while the drone is on the ground, which is a very significant drawback.

If we fly the drone away and we don’t see where it is pointing, because of the sun, for example. If we can change the drone’s flying mode from normal to headless in the air, we would activate it and move the drone to an area where we could see its orientation. And so return to manual mode and continue using it.

But in most cheap drones, it doesn’t work like that because the system works through a compass, and to activate it, we must ground the drone and press a series of buttons. So the compass knows which direction you are facing and synchronizes the drone. Now to fly forward, you will head north, to fly back head south, and vise versa. If the drone passes over you and flies where your back used to be, the controls will be reversed so that it would be even more of a mess.

Why shouldn’t we use headless mode?

The headless feature makes you lose perspective of how the drone is flying and makes it difficult to learn to control a drone. At first, it can be very useful, and you can handle the drone with more stability. However, it will backfire in the long run, and it will take you longer to learn to really control the drone.

To maximize the drone’s flying time, the best we can do is learn to fly in regular mode from the beginning.

Does the headless mode make sense?

Many people think that you should learn slowly with the normal control mode. However, the headless mode is more of a gimmick and can make it difficult for you to switch afterward. It’s like having a bad habit that is hard to get out of. DronesHeaven suggests that if you a beginner drone flier, you can start with the Headless mode drone, but keep in mind that most of FPV drones do not support headless flying.

Now we know much about headless drones, let quickly find out some of the best headless mode drones you can buy.

The DJI Mavic Pro has become the benchmark in terms of a compact drone. It can fold like the DJI Mavic Air, which makes it ultra-compact and easy to carry anywhere, even in a pocket.

Traveling with a drone can quickly become very inconvenient, even for the smallest models. The arms and wings naturally take up space and are the most fragile device parts. While even the DJI Spark can be bulky, the Mavic Pro offers easy transport. It is ideal for frequent travelers looking for a quality image without sacrificing space in their bag.

It also offers very decent performance, with a 4k camera at 30 fps and a top speed of 65 km/h. Stabilization is not left out with its three-axis stabilizer. It even has a feature to automatically film and tracks a particular person.

The Mavic Air sits precisely between the DJI Spark and the DJI Mavic Pro. The drone is capable of taking 32-megapixel spherical photos by accumulating 25 images in just eight seconds. It has an internal storage of eight Gb and a card slot for the SD card. It allows the data to be transferred from the drone to a computer very quickly with the USB C cable.

The main feature of DJI Mavic Air is its foldable design. When folded, it is smaller than the Spark. Its 12-megapixel camera can shoot in 4K at 30 fps or slow motion in 1080p at 120 fps. Besides, its 3 axis stabilization allows it to keep images always sharp. Finally, it has a flight time between the Spark and the Mavic Pro, estimated at 21 minutes.

The famous Hasselblad is the designing partner for this amazing DJI Mavic 2 Pro drone, and it is the real successor of Mavic Pro. This drone is one of the best and most praised drones by drone enthusiasts and professional fliers.

Mavic 2 Pro has a 1 inch CMOS sensor with a 10-bit color profile. It can capture aerial pictures with resolutions of up to 20 megapixels. The color and quality of the images are very genuine. According to DJI announcements, this drone is ideal for travelers and vloggers, as it has the best possible photos during sunsets.

Check our drone buying guide series to help you choose the best quadcopter drone from 1000 dollars to less than 50 dollars. 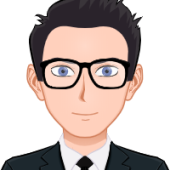 Eric Xander is the owner of DronesHeaven & a passionate drone flier. From hobby to a passion and from passion to profession, this is how DronesHeaven started. Eric loves to fly drones, perform breathtaking stunts, and share his experiences with other drones enthusiasts from this platform. 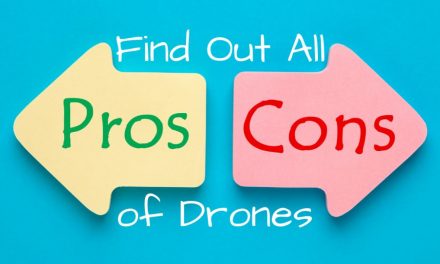 The PROS and CONS of Drones – (Advantages & Disadvantages)